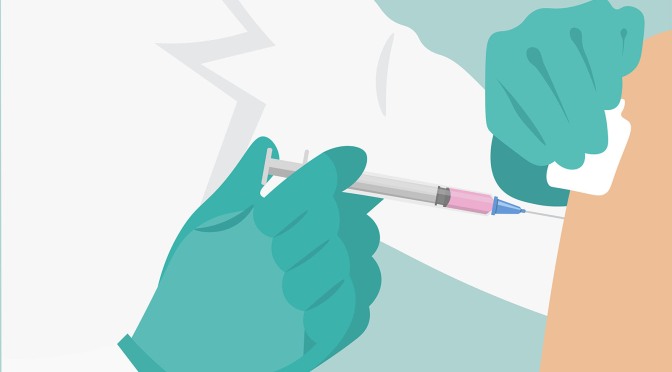 Should I vaccinate my kid, and if so why?

The short answer is “yes, you should definitely vaccinate your kid.”

But since you’re here I’m assuming maybe you’ve heard stories on the internet, maybe about a link between autism and vaccine, and it made you wonder if you really should risk it with your kid.

So, I am going to explore the notion that vaccines would cause autism, why it persists, why it’s wrong, and what causes autism instead. Finally, I’ll get back to this question to talk about why it’s vitally important that you DO vaccinate your kid.

Is there a link between vaccines and autism?

Science emphatically says there is no link between autism and vaccines. (1, 2, 3, and here’s the latest monster of a study, looking at over half a million kids in Denmark.)

If you want to, you can find several more studies that will tell you this. I am not going to get into them, apart from a very short primer on how to read scientific papers (or how I read them.)

My (or someone else’s kid) was vaccinated and then, shortly after got/was diagnosed with autism

Most kids today that are diagnosed with autism will get their diagnose at a pretty young age, around the same time they get some of their vaccines. It’s easy to draw parallels between the two events, however, what did happen was that a third variable, time or more accurately your kid’s age, affected both the schedule of your vaccinations and the emergence of autism.

And it is possible that shock, for instance going to the doctor and getting stung by a needle, can speed up the emergence of autism, so much that signs of it even appears the next day…

It’s happening in the brain, and the brain is the most complex thing we know. The anti-vaccine movement cannot explain the brain, neither can you, nor your doctor or any other doctor (I might get into what we do not know about the brain one of these days, but today isn’t it… suffice to say, people tend to think science know much more than it does about how the brain works…—and this is not where you get to say that since we know so little about the brain, why couldn’t vaccine cause autism anyway? I urge you to go read the scientific papers on the subject, read at least the method and result sections!)

But the number of autism cases is rising!

Even today there is some controversy surrounding the diagnose. For instance, people with light (high functioning) autism (Asperger syndrome) were before diagnosed in a separate category (previous versions of DSM and ICD), but are today diagnosed with autism.

And even if the actual number of autism diagnoses did increase the fact that vaccinations also do increase is still not proof vaccines cause autism (review the excellent video “How ice cream kills” above again!) You need more than a correlation to prove causality.

Then, why do you get autism?

The short answer is that genetics cause autism! And the heritability of autism is estimated to be 90% or more.

I bet, if your kid has autism, you can find at least one other person in your close or extended family that may have it. An eccentric uncle, socially awkward cousin, etc. Maybe the kid’s father?

When I look at my family I have two other people with diagnoses (one autism—in fact the one that convinced me to talk to my doctor and get a diagnosis as well, one ADHD) and probably at least four more people that should have them. I can look back in my family history and find people with likely diagnoses as far back as both of my grandmother’s parents. But, of course, back in those days (the late 1800s to early 1900s) they would never have been given autism diagnoses in the first place, so that kind of legacy cannot be proven today. Maybe, in the future, it will!

This also means that if you have a kid with autism, apart from perhaps picking an eccentric father/mother to the kid (ok, just kidding!), you’re not to blame. (And if the kid has siblings that also gets diagnosed with autism, you’re still not to blame!)

Can autism be cured?

No, autism can’t be cured. But there are a number of cognitive tools and educations a person with autism can use to better integrate with the world.

If you do accept the genetic link in autism, maybe you or your spouse has it as well, and if you get a diagnose and start learning all these tools as well, you may not only improve your life, but you may also improve your ability to understand and help your kid.

Also, kids today will be born into a world with a much better understanding of autism. Kid’s tomorrow even more so.

Will autism ever be cured? Not likely. I’d say autism is about the brain being different. Probably we’re dealing with evolution finding new solutions… Some less, some more successful…

(Also, most people working with or otherwise related to autism will tell you, sternly, that there’s nothing to cure because autism isn’t a disease. It’s a disability, sometimes even just, what would loosely be translated from Swedish, as a functional variation).

And there are some pretty famous people out there to prove that people with autism can be successful. I’ll start with one of my absolute favorites (who has, for some strange reason not been put on any lists of famous people with autism even though she’s the youngest person ever to be named Times person of the year, has influenced the largest climate change demonstrations in history, and you know who she is and you probably love her or hate her):

Here’s another list. You can google for famous people with autism and find both Einstein and Mozart on the list. (And yes, this would be people with high-functioning, or as I like to call it, light autism).

Autism is a developmental disorder, which means that growing up and growing older does improve the situation even though it takes longer than for most people. And in many cases, the improvement will still be lesser than for people without autism.

As a parent with a kid with autism, you should actually be cautious about the anti-vaccine movement

Given the overwhelming amount of scientific proof vaccines do not cause autism, have you ever wondered why this myth persists?

If you are a parent with a kid that has autism, there’s a risk you have autism as well.

A person with autism may have the following characteristics (we’re all individuals so I can’t say everyone has these, but many do):

These traits will form a perfect storm if your kid is diagnosed with autism and you then ask why and are supplied the answer from the anti-vaccine movement. Because they, in a contrary to your family doctor will tell you in no uncertain terms that vaccines did it. Your family doctor might say that there could be several causes (genes being the major, but not necessarily the only cause).

Once you start fraternizing with the anti-vaccine movement your thoughts that your kid’s diagnose must have been caused by something, in fact, vaccines, will be mirrored in the other members of the movement, because you’re all, of course, thinking the same thoughts. If you weren’t, you wouldn’t be there. And you get sucked deeper and deeper into the echo chamber. (You can’t underestimate the relief of not having to stress about “reading” thoughts like that. It’s a wonderful feeling!)

And if you tend to create routines you have a hard time to break, anti-vaccine-thinking will be one of those routines, and whenever someone presents proof you’re wrong, you’ll just get up and leave.

I’d even go so far as to say people with autism have the potential to become the perfect cult members. And just like the NRA successfully pushes for less gun control, the anti-vaccine movement might push for less vaccination and successfully prevent vaccine regulation that would make it mandatory.

Why you should vaccinate your kid

Well, I’ve (not so politely) talked about why you should vaccinate your kid before.

However, let me develop that a bit.

As a parent to a newborn kid, it’s easy to want to protect your kid from all the world’s problems. However, just as you cannot lock the kid in the basement to keep it from dangerous people, you’re also not going to be able to prevent it from getting harmed or even die.

We’re all born into a world that only promises us one thing. One day, we do not know which, we’ll die.

Vaccine or no vaccine isn’t about gaining a 100% guarantee that your kid won’t get hurt.

It’s about picking the alternative that is least likely to hurt your kid.

And that alternative is to vaccinate your kid.

It’s also about not making your kid into a walking plague Mary that will hurt, or even kill other kids or grownups that cannot, for different reasons get vaccinated.

It’s a question of solidarity with those who will otherwise die or get seriously injured.

As a side note, I might also add that viruses don’t give a flying fuck about your opinions on the matter. You may feel it’s unfair, unreasonable, or unnecessary that medical professionals get to stick you with a needle.