This is my solemn pledge:

Ok, I know. We all know already.

Here’s one of their more (un)entertaining bits of advice.

So, the battery stopped charging. I googled and found:

It says in one step:

“Please remove the Battery and unplug the Power Adapter”

Great, I’m thinking, flipping over my HP and… no battery hatch. Nothing but a bunch of in 6 screws… uh… or actually some kind of star-screws (what fucking ever they’re called)…

OK, I think, and google again, coming to the following (un)helpful youtube video:

Notice how they just go “before you begin, remove the base enclosure”?

Oh yeah, and the screws are the same kind as on the back of my little Hell-Package.

Don’t get me wrong… I fucking have screwdrivers… 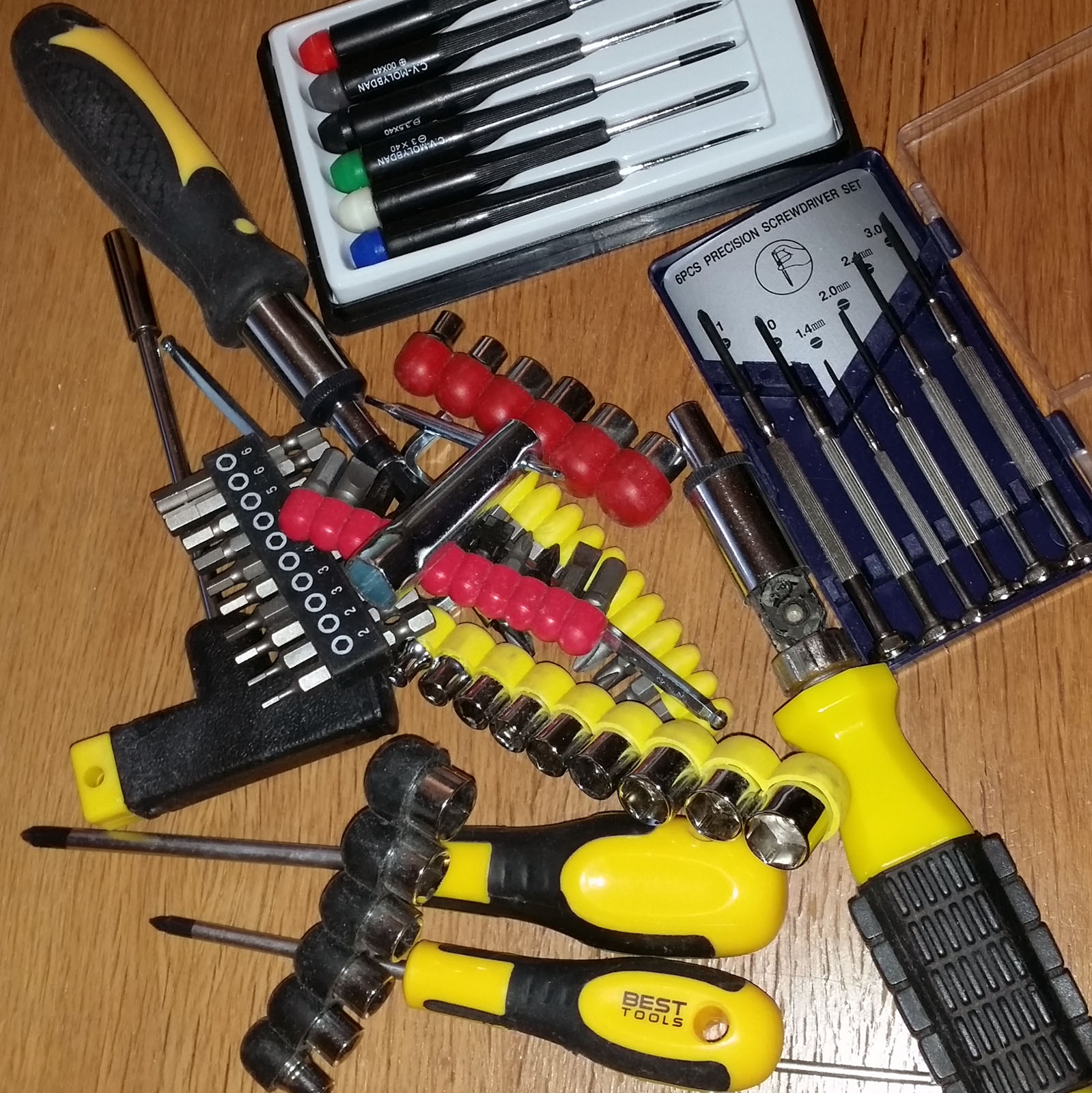 This screw, of course, it can’t be unscrewed with any of these fuckers. What were you expecting?

It’s called Torx 9, according to this video:

So right, I’ll have to go buy another fucking screwdriver to unscrew the back-fucking-cover of one fucking computer?

My interpretation of this situation:

So, if the survival of the world ever hinges on me buying an HP notebook… Fuck the world!

Right, so why do I have an HP now?

The beast I’m fighting here is a work computer…

What? IT-support? Yeah… if you like to spend two hours listening to some new guy figuring out what the previous guy took two hours to figure out the last time–that they need to get back to me–then sure, there’s IT-support…

Don’t get me wrong… I seriously doubt any of the IT-guys would buy one of these fucking presents from hell either.

The only mitigating circumstance here would be if I’m reading info intended for IT experts or HP professionals and I have no business ever removing the back cover of this fucking shit.

What could possibly go wrong when screwing around back here?

I bet HP will charge a fine fee for sending someone out to screw with this bloody machine.

And if it’s free… The Earth would also like to tell HP to go fuck themselves. Because sure, driving around in a car to fix one computer at each location simply MUST be gorgeous for the environment.

All I wanted to do was to remove the battery…

Because. It. Doesn’t. Charge.

The IT department will likely ship it back to HP so they can unscrew the back and remove the battery.

The Earth still wants you to go fuck yourself, HP!

And you’re thinking, they all do it? Well… Here’s the equivalent for a Mac, although an older one, so maybe they also got the tor-fucxking-screws.

And sure… nothing will ever go wrong in the back of a Mac either… (for instance it says, do not remove the battery… wonder if I find one of those notices in the hell package as well).

And in Apple’s defense I’m pretty sure fucking around with the battery isn’t in their SOP! (Well, obviously! It will void the guarantee, as far as I’ve understood…)