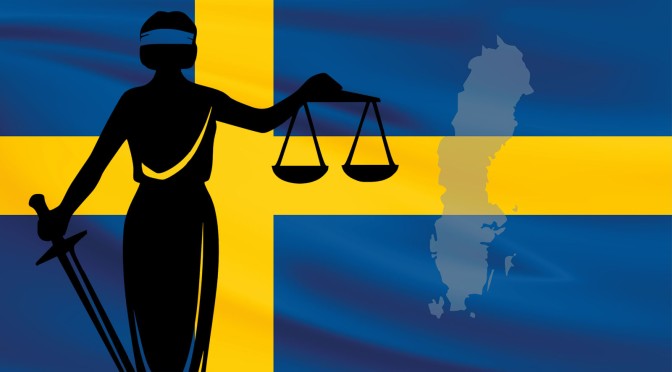 The claim that the Swedish government is covering up immigrant crimes or Islamic crimes has appeared now and again in foreign media, from Fox News commentary on Ami Horowitz documentary to “comedians” like Pat Condell.

Pat Condell, in his video “Bye, Bye Sweden” states that the Swedish government covers up Islamic crimes, because there are no stats on the religious affiliation of criminals, and American commentators are baffled to learn that there is also no documentation of ethnicity, or as they like to call it, race, in crime reports or crime statistics.

You may already have understood why we don’t register religious affiliation or ethnicity in Swedish crime statistics, but if not, here’s a quick fresher on basic democratic rights:

Sweden has freedom of religion. This means that registering a person’s religious affiliation can only serve one purpose: infringing on that freedom in some way.

The question of ethnicity is a bit more infested…

Slavery was formally abolished in Sweden in 1335, although there have been periods of slavery after that date. This means we don’t have the same kind of ethnicity based discussions some countries still have. We don’t think of people as this or that “race”. In other places where slavery is more recent, a neglect to keep ethnicity at the center of discussions of discrimination might be seen as a sign of discrimination in itself.

Further taking into consideration that, with family immigration, there is a spread in age, and that a single country can never be homogenous so a few people from all over that country will say very little about the population in said country. The statistical foundation simply becomes shoddy at best.

Having a representative sample when performing statistics are fundamental if any conclusions or other extrapolations from said statistics is ever going to be meaningful or significant.

Using an insufficient number of individuals to represent a whole nation is probably the very definition of insular bigotry and racism.

Having a government that registers its citizens’ ethnicity or religious affiliation is a much, much larger problem than not having access to substandard statistics.

After all, justice is supposed to be blind. It goes for ethnicity and religious beliefs just as much as anything else.

Header image based on original works by Stux and Clker-Free-Vector-Images courtesy of Pixabay and CC0 Public Domain licensing.