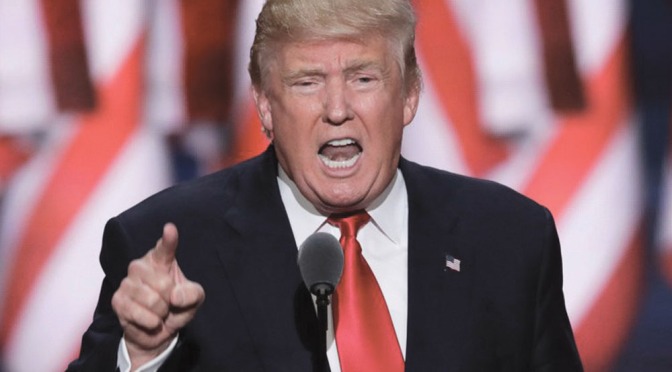 Last Friday the following aired on Fox News (here’s a bit of a fact check on the “increase” of rape and violence in Sweden… and here is another produced in Sweden):

He also offered the theory that figuring out why Donald Trump said things were like dissecting a shark and finding bits of what it had previously eaten.

Then on Monday, this happens in Rinkeby, a suburb of Stockholm:

Did Islamic immigrants riot… just because… Trump? Or was it right-wing extremists that arranged the riots to make sure Trump was right? Or… was it none of the above?

Well, of course: No, no and we don’t actually know, but applying Occam’s Razor… ah never mind!

If you think about it, the first alternative would suggest Islamic immigrants would be so dumb, putting a leash on them and tying it to a tree would solve all problems. (OK, all you KKK-types: put the leashes down! Now!)

The second theory would, on the other hand, suggest that all conspiracy theories you’ve ever heard of are right and, argh we’ve all been body snatched by aliens (from outer space!) — OK. Now I’m exaggerating… a bit.

This is an ongoing police investigation. All we know as of now are that the police arrested (or attempted to arrest) someone for drug-related crimes, and some other people rioted.

The Swedish police are not likely to tweet and Instagram from the investigation room… the one with all the pictures on the wall — you know, like on TV? I know they have those! — will they? So, we don’t know. As of now.

But a competent guess would be, alternative 3…

I think the following report summarizes what actually happened in Rinkeby on Monday quite nicely (not to mention debunking some of the “facts” presented in the first segment on Fox News):