Ho or no ho! Have a Merry Christmas and a Happy Holiday! 😀 Uh, and a happy new year… and well, you know how it goes!

“My name is Harry Ballen, and I am the fattest man alive…”

No wait, I think I got the syllables mixed up! 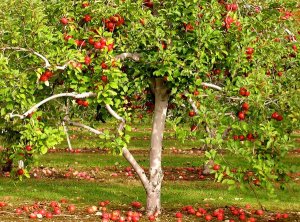 As a Swede I often find myself stunned by the “magical” thinking of the U.S. justice system and the, often times, completely bizarre “tricks” pulled to get obviously guilty persons off the hook.

Take for instance “Fruit of the Poisonous Tree”, described as…

…a legal metaphor in the United States used to describe evidence that is obtained illegally. The logic of the terminology is that if the source (the “tree”) of the evidence or evidence itself is tainted, then anything gained (the “fruit”) from it is tainted as well. (Wikipedia)